Markets gained after midday trading. Dow added 75, advancers over decliners almost 4-1 & NAZ was up 24 ahead of Apple (APPL) & Yahoo (YHOO) earnings being released after the market close. Banks participated in the rally, taking the Financial Index back over 190 but still stuck in a 10 month sideways trading range (shown in the graph).


MLPS continue red hot. The Alerian MLP Index was up 4¾ to 330, just 13 shy of setting a new record. For this index, a move of 5 is considered very big. However, even supporters worry that this may be too much, too fast. The REIT index jumped 3¾ to the 197s, also having a great day. Junk bond funds were generally up 1%, good but not great by their standards. The VIX dropped 2 to just below 24, a 3 month low. The yield on the 10-year Treasury fell again, down 3 basis points to 2.93% & sooo near to its lows at the end of Jun.

China is now considered the biggest importer of oil & a storm brewing in the southern Atlantic brought out buyers for oil. Nothing was said about China being the biggest buyer of gold, but it is big in everything & China likes gold. There is a button below for the "super gold cycle" to learn more about this exciting commodity.

A bill to restore unemployment benefits to 2½ million who have been out of work for more than 6 months cleared a Senate hurdle. The 60-40 vote came moments after Carte Goodwin, the successor to Robert Byrd, was sworn in. The battle has raged for months over whether jobless benefits should be financed with additional debt as Dems want or through cuts to other gov programs as most Reps insist. After a final Senate vote, the House will take up the bill tomorrow (where it will pass easily) & the President is likely to sign it by week's end. 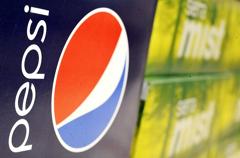 PepsiCo (PEP), a Dividend Aristocrat, said Q2 net income fell 3% on charges related to the company's buyout of its 2 biggest bottlers, but the same deal pushed up revenue & showed signs of paying off for its US drinks business. Gatorade improved for the first time in years as PEP rolled out new versions of the sports drink & courted athletes. The highly profitable convenience store & gas station business also improved. Sales of beverages like Pepsi & snacks like Doritos continued gaining abroad, especially in emerging markets such as India & even in Europe. Foreign currency fluctuations weighed down results as 40% of revenue comes from outside the US & Canada. Q2 EPS was 98¢, down from $1.03 last year. Without foreign currency fluctuations, EPS would have been $1.09 (above expectations of $1.08). Revenue climbed 40% to $14.8B, benefiting from the buyout of PepsiAmericas & Pepsi Bottling Group to be quicker to market with new products & save costs. It predicts saving of $125-150M this year & $400M in 2012. The stock liked the news, up 2.68 to the 64s.

The PM rally is puzzling because earnings haven't been all that great. The most important metric for Q2 is sales, as earnings can have a number of qualifications & they are being compared with a bad period last year. Early indications are earnings reports are not going over well. Maybe Apple earnings, which should be fantastic, & Yahoo will give the markets a boost tomorrow. Low rates on Treasuries keep haunting me, with the 2 year note yielding only 58 basis points (annually).

Find out what's inside Trend TV!!
Click Here
Posted by Avi at 3:01 PM