Stocks spent the entire session hugging break-even lines. Dow ended up all of 5 (staying above the important 10K level), advancers slightly ahead of decliners & NAZ fell 5. Trading continued light & should be even lighter into the weekend. While bank stocks found buyers, the Financial Index is still only a couple of points above its recent yearly lows.


The MLP index was down 1 to the 318s but off its AM low at 317. The REIT index rose almost 2 to 202+, still in a sideways trading range since Mar. Junk bond funds slipped fractionally & the VIX was also down a fraction to the 26s, little changed in recent weeks. € was flattish at $1.26¾.

Oil tumbled, its worst month since May, on signs US economic expansion is slowing & supplies of crude are growing. However, gold futures topped 1,250 an ounce, capping the biggest monthly gain since Apr, on speculation the dollar will decline, boosting the allure of gold as a safe haven investment. Worriers are streaming back to gold!


Federal Reserve (FED) officials signaled at the Aug meeting that they would consider going beyond a modest program to purchase gov debt if necessary to boost the economy as the FED recognized that the economy could need further stimulus beyond the debt purchases (intended to lower interest rates on a range of consumer loans). But the minutes did not spell out what new steps might be taken. FED officials focused attention on the modest move the FED did take at the meeting, which would invest a small amount of proceeds from its huge mortgage bond portfolio in Treasury securities. Some FED officials argued that reinvesting proceeds from the Fed's holdings of mortgage securities "could send an inappropriate signal to investors about the committee's readiness to resume large-scale asset purchases," the minutes said. In the end, FED board members & regional bank presidents, voted 9-1 to support the modest easing move. The only dissent came from Kansas City Federal Reserve Bank President Thomas Hoenig. The minutes said that the committee believed that the most likely outcome for the economy was that it would continue to grow & would avoid a destabilizing bout of deflation, when prices & wages decline. But the panel said it was prepared to go further to guard against either a return to recession or deflation. The minutes also said the FED panel agreed it would "need to consider steps it could take to provide additional policy stimulus tools if the outlook were to weaken appreciably further."

The Treasury 10-year bonds rose as yields headed for the biggest decline since the end of 2008, when the Federal Reserve slashed the key interest rate to pretty much zero in order to revive the economy. The important point is that money used to buy Treasuries is not buying stocks which keeps stock averages in the doldrums.


Markets continue to just drift along which is likely how the rest of the week will play out. Some officials at the FED were concerned about a further slowdown in the economy yet signaled no plans to resume large-scale asset purchases. This is more uncertainty that stock markets do not take well. In Aug, Dow dropped 450 (4%) following July which was a good month. Now it's back near its lowest levels since last Nov & has yet to test its lows in the 9600-9800 area. For what it's worth, Sep is statistically the worst month for stocks & Oct is remembered for some its worst days in stock market history.

Stocks started higher but were not able to increase the gains. Dow is up only 18 (just above 10K), advancers ahead of decliners 2-1 & NAZ fell 4. Bank stocks are recovering after yesterday's loss.

The Alerian MLP Index dropped another 2+ to the 317s, near its Aug lows (but up 32 YTD). The REIT index was up 1+ to the 201s. Junk bond funds were flat & the VIX fell fractionally in the 26s but above its lows in the low 20s a few weeks ago. Treasuries continue to provide excitement with yields going even lower. The yield on the 10 year Treasury bond fell 4½ basis points to 2.50%, just above its 17 month lows reached last week.

Oil is not doing much & gold is seeing buying after doing little yesterday. Gold needs only another 20 to reach record levels (again).

The Conference Board reported that its Consumer Confidence Index improved slightly to 53.5 in Aug, up from a revised 51.0 in Jul & comes after 2 straight months of declines. But it takes a reading of 90+ to indicate a healthy economy, not reached since the recession began in Dec 2007. This reading suggests that confidence hasn't improved from a year ago, a bad sign for the economy & especially retailers. The slight improvement in the index was boosted by shoppers' improved outlook over the next 6 months which rose to 72.5 from 67.5. The other index, which measures how consumers feel now about the economy, decreased to 24.9 from 26.4. Confidence in the economy improved slightly in Aug, but the mood is remains gloomy amid job worries giving more mixed readings about the recovery.

Saks Rises After Report Retailer May Get Bid


H.J. Heinz (HNZ) said it's off to a good start for its fiscal year & expects to report Q1 results above expectations. William Johnson, CEO, said the company expects to earn 75¢ per share for its Q1, up from the 67¢ earned last year & above 73¢ estimated by analysts. The improvement is based on stronger sales, particularly in emerging markets (almost two-thirds of sales are outside the US). "We believe that our solid first-quarter results put Heinz on track to deliver our financial targets for the full year, even though the consumer and economic environment remains challenging," Johnson said. Heinz announced in Jun that it was buying Foodstar, a Chinese food company that makes soy sauces & fermented bean curd, for $165M from a private equity firm. HNZ will continue to focus on foreign markets as emerging markets are on track to deliver at least 20% of total sales by 2013, more than double their contribution 5 years ago. The stock rose 46¢ to 46.55 & yields an impressive 3.9%.

There is not much happening on light volume again in the markets. Dow keeps floundering around 10K looking for direction.

Friday's rally did not last

Stocks began the day lower & continued sinking throughout the session. Dow dropped 140 pretty much wiping out Friday's gain, decliners over advancers 3-1 & NAZ fell 33. Volume was low (0.8B shares on NYSE floor), so too much shouldn't be read into the move. Banks sold off with the Financial Index sinking to 180, matching its yearly lows.


The MLP Index fell 3+ to the 319s while the REIT index dropped 2+ to 200+. But junk bond funds edged higher. The big story once again is Treasuries. Yields plunged with the yield on the 10 year Treasury bond falling a very big 11 basis points to 2.54+% & near the sub 2.50% 17 month lows reached last week. Falling Treasury yields spell trouble for the stock markets. However gold was flat at 1239.

Dow has returned to just a shade above 10K & holding on for dear life. Markets sank all day & closed at the lows. In all fairness, anything can happen when trading is slow during a semi-holiday week like this one. But the monthly chart below looks grim.

Market futures slip ahead of the opening

Stocks were lower in pre trading. It looks like the Fri rally was not meant to last.

Consumer spending rose 0.4% in Jul, the best showing since Mar, after little change for the prior month, according to the Commerce Dept. Incomes were up 0.2%, less than projected, & the savings rate dropped. Estimates were for a 0.3% increase in spending after a previously reported unchanged result for Jun & incomes would also rise 0.3%.

Low Treasury yields are hurting the markets & this condition may not change soon.

The week ahead of Labor Day is typically very quiet for the markets.. Below are a couple of graphs for the last year which show that Aug has been one tough month as interest rates have plunged to new or near new records. I'll be off for most of the day, my friend wants me to help move some of her furniture.

Bernanke spoke and the markets listened

After kind words from the head of the Federal Reserve, traders liked what they heard & bid up stocks. Dow jumped 163 closing at the highs, advancers ahead of decliners by an impressive 6-1 & NAZ added 35. Banks also had a good day but the Financial Index remains close to its recent yearly lows.


The Alerian MLP Index rose 2 to the 322s, still 13 below recent yearly highs while the REIT index rose 3 to the 202s (in the middle of a 5 month trading band). Junk bond fuds were generally higher while the VIX dropped a very big 3 to the 24s. Calming words from Ben Bernanke caused Treasuries to plunge. For example the yield on the 10 year Treasury bond rose an eye popping 15 basis points to 2.65%! The € was marginally higher at $1.27+.

While oil had a very good day, it meant little as it remains in its sideways trading range. Gold buyers took the day off, well deserved after 4 straight weeks of gains. 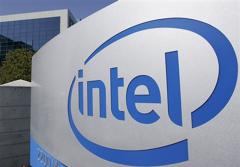 Intel (INTC), a Dow stock, Corp. reduced its sales forecast for the current qtr saying it's seeing "weaker than expected demand for consumer PCs in mature markets," including the US & Europe. INTC now expects revenue of $10.8-11.2B for its fiscal Q3 which ends in Sep. That compares with a previous forecast of $11.2-12B & expectations by analysts of $11.5B. Last week, Dell (DELL) & Hewlett-Packard (HPQ), another Dow stock, also raised red flags about what is normally a robust season for sales. Since reporting earnings last month, INTC stock has sold off on expectations that the good news would not last. Today the stock rose 21¢ in a strong market.

Speaking of HPQ, it boosted the bid for 3Par (PAR) to $1.88B, topping DELL's offer by 11%. The $30-per-share offer came shortly after DELL matched the HPQ bid of $27 per share. DELL & PAR said earlier Fri that the board of PAR had accepted the latest bid from DELL. PAR shot up 6+ to the 32s on expectations of even higher offers. The extreme chart for PAR will not be repeated for some time

Markets had been oversold, good excuse for a rally. But volume was not impressive (0.9B shares on the NYSE floor), partially because this is a summer Fri. Longer term, Dow is still just sloshing around its lows since last Nov. The downward guidance by INTC is more disturbing because they sell to companies making finished products (i.e. computers).