Markets were poised to start the day higher. The Dow futures were up 50, then the jobless report hit bringing on selling. Dow dropped 146, decliners over advancers 4-1 & NAZ fell 32. Dreary economic news has become common in recent weeks. Bank stocks took the news hard, dragging the Financial Index near its yearly low of 182.


The Alerian MLP Index fell 1+ to the 321s & the REIT index dropped 5+ tasking it below 200. Junk bond funds were flat to lower while the VIX rose 1 to the 25s. The € was flattish at $1.28¾. Treasuries continue to be the hot sector. The yield on the 10 year Treasury bond fell another 6 basis points to 2.58% as the 2 year Treasury note set a new record for lowest yields!

Dismal data on jobless claims dragged down oil. However, the same news was encouraging for gold buyers as it continues to climb towards new records.

The story of jobless claims is going from bad to worse. Initial claims for jobless benefits rose 12K last week to 500K according to the Labor Dept, the 4th increase in the past 5 weeks & evidence that the economic recovery has weakened. Employers appear to be laying off workers again as applications for unemployment insurance reached the highest levels for since Nov. Homebuilders & other construction firms are laying off more, & state & local govs are also cutting jobs to close large budget gaps. The 4-week average rose 8K to 482K, the highest since Dec. The increase suggests the economy is creating even fewer jobs than in the first half of this year, when private employers added an average of about 100K jobs per month (barely enough to keep the unemployment rate from rising). The number continuing to receive benefits fell 13K to 4.5M. But that doesn't include millions receiving extended unemployment insurance, paid for by the federal gov. About 5.6M unemployed workers were on the extended unemployment benefit rolls, as of the week ending Jul 31, an increase of about 300K from the prior week. This grim data has to be viewed as disappointing!

Jobless Claims in U.S. Rose to Highest Since November

The Conference Board said its index of leading economic indicators rose 0.1% last month after dropping 0.3% in Jun (versus an expected gain of 0.2%). The leading indicators gauge had risen sharply from spring 2009 through Mar 2010 but has flattened out since then. Businesses are no longer building up their stocks & consumers are saving at higher rates & spending less. Low consumer confidence & a drop in building permits, which signal the intent to build homes, were the biggest drags on the index.
Leading Index May Show U.S. Economic Recovery to Moderate for Rest of 2010 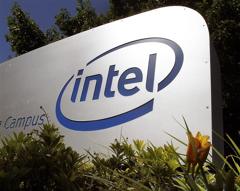 
There was good news on the M&A front. Intel (INTC), a Dow stock, will buy computer-security software maker McAfee (MFE) for $7.7B. The chip-maker is adding to its arsenal of tools to serve an increasing array of internet-connected devices, including mobile phones. The $48-per-share price represents a 60% premium over MFE's close at $29.93, the highest price in over a decade. MFE shot up 17¼ to $47.16 while INTC slipped 68¢, taking it below $19.

Intel to Buy McAfee for $7.68 Billion

This is another bad day at Black Rock. The simple facts are that the jobless claims & unemployment data are dreary & show no signs of improving. Dow is cleary stuck below 10½K & may have to test 10K before deciding where it wants to go. For the more aggressive & defensive investors, gold continues hot & could be headed for new records.

Get your favorite symbols' Trend Analysis TODAY!!
Click Here
Posted by Avi at 10:14 AM