Down day after a very successful year

Markets were lower on the final day of one of the best years for stock markets. Volume was extremely low (only .4B on NYSE floor) giving extra strength to the few traders operating. Dow fell 120 with selling at the close, decliners over advancers 3-2 & NAZ dropped 22. Once again, these changes on probably the lightest trading of the year mean little. Bank stocks also had selling at the close taking the Financial Index lower.

The MLP dropped ½, still in the 285s & the REIT index dropped 3½. The Alerian MLP Index had an unforgettable year, difficult to imagine it ever duplicating that performance with a gain of 109. Junk bond funds were mixed, but many have doubled from their lows when yields were 20-25% & even higher. Markets learned to accept & reward risk. The flip side is the large sell-off in Treasuries. The yield on the 10-year Treasury bond soared after plunging early in the year. Rising yields bring lower bond prices

Oil & gold ended the year up an "up" tick. Oil had a good year after the first 2 months & gold is flying. Fundamentals are in place for gold to climb again, as usual timing is uncertain.

This was a year for the record books, many didn't call that successfully at the start of 2009. Dow is up 4K (65%) from it lows. But NAZ gained 1K (75%) from its low. Many of the high yields beat even the NAZ. MLPs, REITs & junk bond funds had many which more than doubled from their lows. Buyers in the gloomy days were able to lock up amazing yields!

Happy New Year to all!! 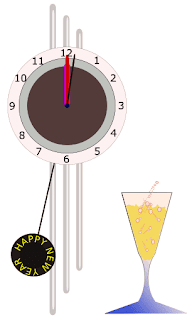 Dow fell 30, advancers ahead of decliners by 15% & NAZ is off 3. The Financial Index is weak & can't get out out of the 190-195 rut it has been stuck in for weeks. Banks have not been leading the recent rally.

High yielders have been giving a little of their gains back this week. The Alerian MLP Index is down fractionally while the REIT index is up fractionally. But the MLP index is completing its best year in history, still up an amazing 109 YTD. Junk bond funds are a little soft, very near their yearly highs (with lowest yields). The yield on the 10 year Treasury bond is up again to 3.89%, very troubling going into the new year with many more Treasury auctions.

Oil & gas & quiet as with stocks. But oil has a bullish undertone while gold has to find its footing.


New jobless claims have dropped steadily since Sep, raising hopes that the unemployment rate could decline which would give households more money to spend & add fuel to the broader economic rebound. New claims for unemployment fell 22K to 432K, the lowest in 18 months. The 4-week average fell for the 17th straight week to 460K, again the lowest in 18 months. However, weekly data could be artificially low due to seasonal factors, such as the Christmas holiday & recent snowstorms. The number of jobless workers continuing to claim benefits dropped 57K to 4.9M also better than expected.

Markets did not react to the favorable unemployment data, probably because so many are away. With exceptionally light volume any buying or selling could have a big impact on today's changes. This has been a stellar year which few predicted. I'm still putting my thoughts together but find it difficult to believe anything like the enormous gain in 2009 will be repeated in 2010.

Dow began the day lower, spending the rest of the day slightly underwater. Late day buying brought averages back into the black, barely. Dow was up 3, decliners over advancers 3-2 & NAZ inched up 2. The Financial Index was flat.

On this indecisive day, MLPs & REITs also inched back into the black on late day buying. Junk bond funds were mixed to lower, but remain near yearly highs. The yield on the 10 year Treasury bond held at 3.81%.

Oil & gas didn't do much as 2009 comes to a close. There is talk oil may go higher in the new year along with split views on gold (depending who is giving advice).

The auction for $32B of 7-year Treasury notes with a yield of 3.35% went fairly well. The bid-to-cover ratio was 2.72X compared to an average of 2.74X in the last 4 sales. Indirect bidders, including foreign central banks, bought 44.7% compared to an average of 61.2% at the last 4 sales. In the after market, Treasuries were marginally lower pushing yields up. While demand was good enough, demand from the important indirect bidders fell off. Not a good signal going forward!

Markets continue adrift as expected with NYSE floor volume still at .6B shares. Considering how big the gains were in 2009, it will be tough to keep going at that rate. The story on interest rates has not been getting the attention it deserves. Bonds had one of their best years in 2008, bringing interest rates down to essentially record lows. In 2009, Treasury bonds had one of their worst years causing rates to shoot up substantially. Stocks will have tough going if interest rates continue their upward trend. The chart below shows Dow has been topping out around 10.5K suggesting it may need more than a pause in the new year. Interesting that NAZ still has a strong chart.

Dow slipped 6, decliners over advancers 5-2 & NAZ declined 5. Banks were also down, the Financial Index is still stuck in its sideways trading range.

The high yielders had another stellar month with minor profit taking this week. The MLP index & REIT index are each off 1 in semi-holiday trading. Junk bond funds also experienced a little profit trading. Meanwhile the yield on the 10-year Treasury bond lumbers along at 3.81%, near its yearly highs of 4%.


Oil & gold are just waffling around, but oil has a positive undertone. Oil wants to take out 80 while gold is still looking to find a base after having a very bad month..

The Institute for Supply Management-Chicago Inc. reported companies expanded more than anticipated in Dec. Its business barometer rose to 60, exceeding all estimates to the highest level in 4 years. Readings above 50 signal expansion. This expansion was fueled by gov incentives & discount pricing along with rising global demand which have reduced inventory stockpiles.


Treasuries are headed for the worst year since 1978 following their best year last year over the same time span. Massive gov borrowings with no end in sight are the main reason. Expectations are for Treasury interest rates to climb as demand for money knows no limits. Today they will auction $32B of 7-year notes, the last of 3 auctions this week totaling $118B.

Treasuries Set for Worst Year Since 1978 as U.S. Steps Up Sales

GMAC Financial Services is expected to get about $3½B in additional gov aid to help it absorb mortgage losses after already receiving $12½B in aid during the last year. This is one more reminder that all is not rosy with the economic recovery.

Not much happening today, again on a very quiet day. The graph below shows Dow has had a difficult time making headway to new highs in Dec. That could be a signal that Jan effect will not happen.

Dow dropped all of 1 because of modest selling at the close, advancers & decliners were even while NAZ dropped 2. As a result, markets ended a 6 day streak of up days. Banks also fell, discussed below.

High yielders have been feeling selling pressure from profit taking. This was to be expected after the runs they've had in the last 9 months. The Alerian MLP Index was off 1 to the 285s (still up 109 YTD) while the Dow Jones REIT Index fell 2½. Junk bond funds were off fractionally.

Oil & gold were little changed as should be the case for the balance of the week. Selling pressure on gold comes from the stronger dollar & expectations of a strong global economic recovery. When the dollar is strong, frightened money buys dollars rather than gold.


There was an auction for $42B in 5 year Treasury notes which only went so-so. This auction tied the record amount of 5 year notes but the yield of 2.61% was near the highest for the year. Indirect bidders purchased only 35%, the lowest since July. Tomorrow there will be a $32B auction for 7-year notes. The spread, known as the yield curve, the difference between 2-year & 10-year yields, narrowed to 2.72% from a record 2.88% on Dec 22. A wide spread is cause for worry especially when the Treasury has to keep borrowing vast sums to finance budget deficits.

I wanted to highlight the Financial Index. Below are graphs for 3 of the biggest banks, sort of the good, the bad & the ugly. They are Bank of America (BAC), Citigroup (C) & JPMorgan (JPM) in alphabetical order (BAC & JPM are in the Dow). They have all had very tough going after a 5 month stretch when the Financial Index (led by them) more than doubled. The chart for the Dow at the bottom shows Dow has added another 10% in the last 3 months while they have been sliding. Tradition says banks should lead markets. This disparity will be troubling if it continues.

Volume was very light, .6B on NYSE floor, making it difficult to read too much into trading especially when prices changes are minimal. If anything, the next 2 days should generate even lighter volume.