Markets sank at the opening & remained lower all day. Dow dropped 144 closing nearer its lows than its highs, decliners over advancers 4-1 & NAZ was off 34. Investors seemed shell-shocked after receiving the data on jobless claims this AM. Banks had a pretty ugly day, many are at or near yearly lows. The Financial Index is just a few points above its yearly low reached last month.


MLPs got off lightly with only mild selling. The index fell ¾ to 322 while the REIT index dropped 5¼ to under 200. Junk bond funds were lower. But the VIX jumped 1½ to 26 on increased nervousness in the markets. The € was little changed at $1.28¼. Treasuries are in demand & continue very hot. The yield on the 10 year Treasury bond fell 6 basis points to 2.58%, another 17 month low & closing in on the all time lows near 2.1%. The yield on the 2 year note fell to a record low after the weekly unemployment claims unexpectedly rose, adding to evidence of a faltering recovery. Risk averse is back in vogue, increasing demand for Treasuries.

Weak economic readings dragged down oil below 75. But gold had an up day & has its sights on a new record.

The FY2010 federal deficit will exceed $1.3T according to Congress' official budget analysts as Congress struggles to balance conflicting demands to trim budget shortfalls, spark the economy & cut taxes. But the nonpartisan Congressional Budget Office (CBO) said the budget gap would be $71B less than last year's red ink, thanks to a reversal of recent trends that have seen years of steadily rising gov spending & falling federal revenues. The shortfalls for 2009 & 2010 are each triple what the gov annual deficit had been previously. CBO projected that annual deficits will fall to a far more manageable (huh?) $438B by 2014 as the economy recovers. However, those deficit projections assume that no additional laws that cost money, such as extending soon to expire tax cuts or reinforcing efforts to energize the economy, are passed. Just another gloomy assessment of where the economy is headed. 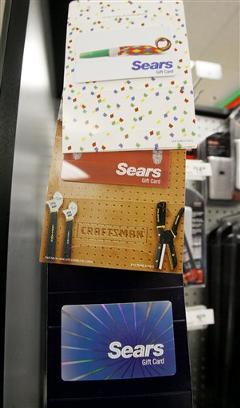 Sears Holdings (SHLD) cut its Q2 loss by more than half as profit margins improved at its Kmart chain, but results still fell short of expectations. Weak shopper spending & increased competition, especially on food, led to a decline in revenue. For Q2 ending in late July, SHLD lost 35¢ per share, better than last year's loss of 79¢. Excluding one-time adjustments, the loss amounted to 19¢. This was their 4th quarterly loss in the past 2 years. Revenue slipped slightly to $10.46B from $10.55B last year. Expectations were for a loss of 18¢ with revenue of $10.62B. The results are typical of other big name retailers, Q2 results have been muddy. The stock fell 6¼ to 61.03.

The ugliness behind the unemployment numbers is plaguing the markets & there is no sign conditions will improve soon. Risk averse has returned to the markets. 10K has been an important floor for the Dow since Nov & it may have to test it again to see how strong it is. It survived the test in early Jul, maybe not this time.

Find out what's inside Trend TV!!
Click Here
Posted by Avi at 3:02 PM