Stocks fell at the start of trade & continue weak.  Dow is down 128 to below 12K, decliners ahead of advancers almost 4-1 & NAZ fell 28.  Selling in bank stocks took the Financial Index to a 2 month low.

The Alerian MLP Index fell 2 to 364 & is flat YTD.  The REIT index fell 2+ to below 231 but junk bond funds were flattish.  Treasuries were little changed on the confusion from the Japanese disaster.  Oil prices fell as analysts sorted out how much the disaster in Japan will affect global energy demand.  Japan, the world's 3rd-largest oil consumer, was hit with a devastating earthquake & tsunami. Some parts of northeastern Japan are still without electricity. 3 of 5 major oil refineries are shut down, & authorities are still trying to stabilize damaged nuclear plants.  Oil went below $100, but rebounded to just over $100 while gold inched up to $1424.

The ¥ retreated from a 4-month high after the Bank of Japan took extraordinary measures to support the economy in the wake of the calamitous earthquake & tsunami.  The central bank injected a record 15T ¥ ($184B) into financial markets to keep credit flowing in the economy & ramped up an asset-buying program by 5-40T ¥.  Such support is meant to bolster stocks & prices, while the huge supply of ¥ helps lessen the currency's value.  The ¥ climb against the dollar (up 14% in the past 12 months) has pressured the profitability of Japan's exporters & weighed on the economy.  Japan's crisis has bolstered the ¥ even further because investors expect the Japanese public & insurance companies to buy back their home currency in order to fund the country's reconstruction, increasing demand for the ¥.


Last night, the dollar bottomed at 80.64¥, its weakest level since early Nov (just above the post-World War II low of 79.75¥ struck in 1995).  The crisis is likely to keep up demand for the Japanese currency. After another huge earthquake in Japan, in 1995, the ¥ gained about 20% against the dollar in 3 months.

Bank of Japan Pumps Cash, Boosts Asset Purchases by $61B 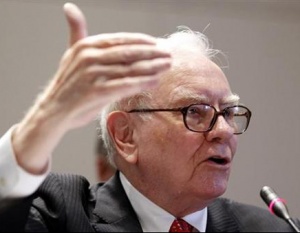 
Worldwide problems dominate the news.  The Japanese disaster will take time to sort thru as the clean up is just beginning.   Libyan rebels may be losing their fight with unrest continuing in many Mideast countries.  The MLP index is sluggish, 350 looks to be an important line of resistance (35 for AMJ).  Once again, Dow did not hold 12K.  Over the short term, investors with defensive holdings & higher positions in cash will be better prepared for buying opportunities.

These Chinese who are bloodier, dirtier, more depraved than the Japanese military during the rape of Nanking in World War II have stepped over their countless innocent victims. Don’to be fooled because China is extremely low class: they are not human. Using technology China has infiltrated all places in this world utilizing inhumane methods to terrorize innocent laborers and establishing a stable of their demons (politicians, reporters) who slaughter throughout the free world.