Stock averages were able to climb into the black but are still struggling. Dow is up 15, decliners ahead of advancers 4-3 & NAZ rose 18. Bank stocks are little changed, but the Financial Index is down 6 this week.

Oil & gold were little changed on this uneventful day.


Initial jobless claims increased 12K to 465K in the last week according to the Labor Dept. Estimates for first-time claims were projected to hold at 450K. The 4 week average dropped to 463K last week from 466K, the 4th straight week of declines. The number continuing to receive jobless benefits fell 48K to 4.5M. Continuing claims do not include the number of Americans receiving extended & emergency benefits under federal programs. Those who’ve used up traditional benefits & are now collecting emergency & extended payments increased 208K to 5.17M. This is more dreary news on the unemployment front with seemingly no end in sight as the graphs below show.


Sales of previously occupied homes rose last month, but not enough to keep Aug from being the 2nd-worst month in more than a decade. The National Association of Realtors said sales rose 7.6% in Aug to an annual rate of 4.13M (but sales were down 19% from the same month a year earlier). As a reminder, Jul was the worst month for sales in 15 years. High unemployment & falling home prices have kept people from buying homes. The helpful effects of the home-buying tax credits are long gone. The median sale price was $178K, up 0.8% from a year ago. 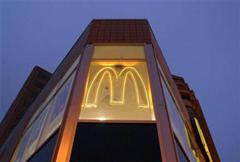 
McDonald's (MCD), a Dow stock & Dividend Aristocrat, raised the quarterly div 11% to 61¢. The chain has been generating increased profits & revenue in the economic downturn by catering to frugal shoppers & coming out with new products such as smoothies. MCD has raised its div every year since its first div was paid in 1976. CEO Jim Skinner said that about $5B in cash will be returned to stockholders in 2010, split between divs & buybacks. The stock was up a few pennies.

Markets are holding up well considering they were hit with continuing dismal news on housing & jobless claims. If Dow is serious about moving higher, it should begin soon to avoid losing its positive momentum. But that may be difficult with strong demand for gold & Treasuries.

Get your favorite symbols' Trend Analysis TODAY!
Click Here
Posted by Avi at 10:35 AM