Dow rose 35, decliners just ahead of advancers & NAZ fell 10  The Financial Index added a fraction in the 234s.  The MLP index was off 3+ to 424 & the REIT index climbed a fraction to go above 281, an almost 6 year high.  Junk bond funds slid back & Treasuries rose after recent selling.  Oil rose to a 4-month high after home prices in 20 US cities climbed by the most in more than 6 years, signaling that the country’s economic rebound is accelerating.  Gold headed for the biggest gain in 2 weeks, up 9 to1661, on speculation that the Federal Reserve will continue stimulus measures, increasing demand for the precious metal as a store of value

US consumer confidence plunged in Jan to its lowest level in more than a year, reflecting higher Social Security taxes that left Americans with less take-home pay.  The Conference Board said that its consumer confidence index dropped to 58.6 in Jan, down from a reading of 66.7 in Dec & the lowest since Nov 2011.  Conference Board economist Lynn Franco said the tax increase was a key reason confidence tumbled which made Americans less optimistic about the next 6 months.  The survey was conducted thru Jan 17, at which point most people began to realize their paychecks were lighter.  Taxes are rising at a time when wages & salaries are barely growing.  The combination is expected to hurt consumer spending & slow economic growth.  There are predictions that economic growth slowed in Q4 to an annual rate of around 1%, much weaker that the 3.1% rate in Q3 & growth is not expected to pick up much in Q1.

Consumer Confidence in U.S. Falls to Lowest Level Since 2011 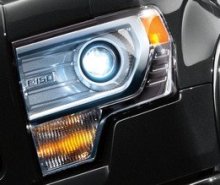 Ford  reported higher-than-expected earnings & revenue, but predicted a wider loss in Europe due to persistent weakness in the region.  EPS excluding items rose to 31¢ from 20¢ in the year-earlier period.  Revenue improved to $34.5B, most of it generated by its North American operations, from $32.6B a year ago.  Expectations were for EPS excluding items of 25¢ on $32.9B in revenue.  The nation's 2nd-largest automaker also said it sees 2013 profit equal to its 2012 results.  In Europe, it lost more than $1.75B last year, about in line with its outlook for a loss of more than $1.5B.  Ford deepened its 2013 loss estimate in the troubled region to $2B.  Previously, the automaker said it expected its 2013 performance in Europe to be roughly equal to its 2012 loss.  The stock fell 58¢.

Stocks waffle as Jan comes to a close.  But Dow has had an outstanding month, up 800.  Traders have been ignoring the budget battle in DC because it has not heated up yet.  The decline in consumer confidence should have been expected, but the markets are not too worried.  Next week, early Jan results will be reported, but the jobs Jan report should come out this Fri.