Dow fell 14, decliners over advancers 2-1 & NAZ edged up pennies on a blurry jobs report.  Bank stocks were a little weaker, although the Financial Index remains near its recent 9 month high of 225.

The MLP index fell 1½ to the 371 & the REIT index fell 2½ to 230.  Junk bond funds were slightly lower while Treasuries sold off big time again.  The yield on the 10 year Treasury rose 10 basis points to 3.64%, a  9 month high!  The rise in these yields, especially with the unrest in the Mideast, is very worrisome.

Oil climbed after the US unemployment rate unexpectedly fell & on concern unrest in Egypt may spread to oil-exporting countries in the Middle East. Gold is finally getting buyers with all the unrest in the world.

The unemployment rate dropped sharply to 9% last month, based on a gov survey that found that more than a half-million people found work.  But a separate survey of company payrolls, that doesn't count the self-employed, showed a scant increase of 36K net jobs as snowstorms likely hampered hiring.  Harsh snowstorms cut into construction employment, which fell 32K, the most since May. Transportation & warehousing was also likely affected falling 38K, the most in a year.  In one bright spot, manufacturing added 49K jobs, the most since Aug 1998, & retailers added 28K jobs, the largest number in a year.  The unemployment rate has fallen by 0.8% in the past 2 months, the steepest 2 month drop in nearly 53 years.  However, part of that drop has occurred as many of those out of work gave up on their job searches (unemployed people who stop looking for jobs are no longer counted as unemployed).  The number of people unemployed fell by more than 600K in January to 13.9M (about double the total that were out of work before the recession began in Dec 2007).

The Jan jobs report also includes annual revisions to the employment data, which showed that fewer jobs were created in 2010 than previously thought. All told, about 950K new jobs were added last year, down from a previous estimate of 1.1M. But the economy lost 8M jobs in 2008 & 2009.  In the past 3 months, the economy generated an average of 83K net jobs per month, not enough to keep up with population growth.  The weakness in hiring was widespread.  Another  jobs report that jobs recovery is very uneven.


Commercial real estate values are rising, defying predictions of a collapse that could drag the US economy back into recession.  Prices of commercial properties sold by institutional investors surged 19% in 2010, the 2nd biggest gain on record, according to an index developed by the MIT Center for Real Estate. Investments in office properties, the largest part of the market, more than doubled last year to $41.6B.  Near record-low interest rates are luring buyers with the prospect of cheaper financing & higher returns. Lenders are beginning to sell distressed properties & loans as rising earnings give them a cushion to absorb losses. Investors, convinced the worst is over, have pushed prices on commercial mortgage-backed bonds to the highest level in 2 years.  Market & credit conditions have leveled off & signs of price stabilization are emerging in several key markets although the commercial real estate market is still distressed & the strength & pace of improvements remain uneven.  Commercial real estate transactions may climb 40% to $135B this year according to Jones Lang LaSalle. 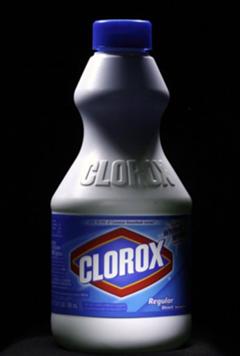 Clorox (CLX), a Dividend Aristocrat, fiscal Q2 net income slumped 81% on a charge to write down the value of its Burt's Bees business. It also cut its full-year earnings outlook.  EPS for Q2 was 15¢ for the 3 months ended Dec 31, down from 77¢ last year.  Excluding a $258M charge tied to Burt's Bees, adjusted EPS was 68¢, up from 66¢ in the prior year & ahead of expectations of 46¢.  Revenue fell 3% to $1.18B.  Revenue declined for its cleaning & household segments. The cleaning business dealt with lower shipments of disinfecting wipes & other disinfecting products, absent swine flu virus concerns.  The household segment, which includes bags & wraps, charcoal & cat litter, was pinched by higher trade-promotion spending on Glad products & price cuts on litter.  Intl revenue dipped 1%.  One bright spot was the lifestyle business, which reported a 3% revenue increase. The segment -- which includes dressing and sauces, water filtration and global natural personal care -- was helped by both its Hidden Valley & Burt's Bees products.  Last month CLX pre announced this news.  CLX expects 2011 adjusted EPSearnings of $3.85-$4.00 & maintained its guidance for full-year revenue to be flat to up 1%.  The stock gained 74¢.

The jobs report & unrest in the Mideast (which is spreading beyond Egypt) was not understood in the markets.  Not much to say since nobody knows how all this will turn out, but markets don't like uncertainty.  One certainty is Treasury yields are reaching new highs despite buying by the Federal Reserve (yes they're still buying Treasury bonds) & their safe haven qualities associated with Treasuries.  That adds to the confusion the markets have to digest.  But higher treasury rates can cause investors of other high yield securities (like MLPs) to ask for higher yields (i.e.lower prices).

Get your favorite symbols' Trend Analysis TODAY!
Click Here
Posted by Avi at 11:45 AM