The US Aaa credit-rating outlook was revised to stable from negative by Moody’s, which said the gov debt trajectory has steadied with budget deficits narrowing.  Growth in the economy, “while moderate,” is proceeding even as the US has enacted tax increases & spending reductions, Moody's said yesterday after  assigning the negative outlook in Aug 2011, warning that it may downgrade the US for the first time on concern fiscal discipline was eroding & the economy was weakening.  The CBO said the federal deficit this fiscal year will be the smallest since 2008, while the economy is forecast to grow next year at the fastest pace since 2006 (that's not saying much).  Deficits are falling after 4 consecutive years of more than $1T shortfalls resulting from record spending.  Increased tax revenue & less spending mean America’s budget deficit will probably drop to about 2.1% of GDP in 2015, from 4% this year & 7% in 2012, according to the CBO.  Moody’s has said as recently as May that it was awaiting lawmakers’ budget decisions as it weighed the ranking.  “Though we had been waiting for perhaps more action on the fiscal front, even without that the debt trajectory was supportive of a Aaa rating,” Steven Hess, Moody’s senior VP & lead sovereign analyst for the US.

U.S. Outlook Revised by Moody’s to Stable on Deficit Reduction 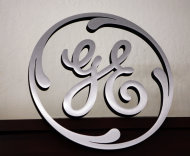 General Electric, a Dow stock, posted a slight gain in net income in Q2 & said its US operations are picking up steam.  EPS was 30¢, up from 29¢ last year.  But revenue fell 4%, to $35.1B from $36.5B.  Adjusted to reflect earnings from continuing operations, EPS was 36¢, 2¢ less than adjusted earnings last year, but one penny better than analysts expected.  CEO Jeff Immelt said the economic environment in the US brightened, although he still described it as "mixed."  That marks an improvement from recent qtrs, when Immelt expressed caution about the U.S. market.  "Orders in the U.S. were the strongest in some time," Immelt said.  He added that orders grew 20% in the US in Q2.  Emerging markets remained strong & Europe has steadied, but remained weak.  Orders grew 2% in Europe after falling 17% in Q1, helped by oil & gas orders in the North Sea & aviation equipment & services.  "In the GE world at least (Europe) seems to have stabilized," Immelt said & he expects profits to grow in H2.  Total orders for new business rose $7B, or 4% to a record $223B.  Orders for oil & gas drilling equipment & energy management equipment showed especially strong growth; orders for transportation & power & water equipment fell.  The stock rose 1.09.

Microsoft, a Dow stock, booked a large write-off to its Surface RT business after it slashed prices on the tablets to stimulate demand this week.  Its quarterly earnings results also showed that Windows 8, an operating system designed to bridge the divide between PCs & tablets, has been so poorly received that it contributed to a revenue drop in the software unit.  The write-down for expected losses on the Surface RT tablet amounted to $900B.  Even without it, results would have fallen short of expectations which came a week after the company announced a major reorganization to help it transform into a "devices and services" company that is less reliant on providing software for PCs.  Acknowledging company's difficulties with the change, CFO Amy Hood said that "this journey will take time."  "We know we have to do better," she said. "We are confident we are moving in the right direction."  The price of Surface RT was cut from $499 to $349 to spur sales amid sluggish demand.  Surface tablets shipped about 1M in Q1, according to research firm IDC, giving it a meager 2% share of the tablet market.  Additionally, revenue from the Windows operating system declined 6% after excluding the late recognition of revenue from last year, when it offered discounted upgrades to users of older versions of Windows.  Revenue & profitability improved in other lines of business, including enterprise software, servers & tools, the Xbox video game division & Bing.  But those results also fell short of analysts' forecasts.  EPS came to 59¢.  Excluding the negative 7¢ Surface charge, earnings were 66¢, short of the 75¢ expected.  Revenue grew 10% to $19.9B, also below the $20.7B expected.  The stock sank a huge 3.39 (10%).

Stocks are having another quiet although although there is a negative bias from weak tech earnings.  This sector is important because it is at the heart of the economy.  Weakness here does not send a positive signal for the rest of the economy.  GDP numbers will be coming in drab when reported next week, but Dow & S&P 500 are essentially at record highs.  While going up in the early part of earnings season, Dow has made only modest gains.