Dow gained 50, flirting with setting a new 28 month high.  Advancers were ahead of decliners 2-1 & NAZ was up 9.  Bank stocks led the market rise.

The Alerian MLP Index rose 1¾, in less than a month the index has risen 19 to a new record high.  The REIT index was down a fraction to 222+ & has been trading sidways for the last 3 weeks.  Junk bond funds continued mixed, going nowhere.  10-year Treasury yields rose from near the lowest level in 4 weeks as the Treasury prepares to auction $66B in 3-, 10- & 30-year securities this week (down from $100+B in some weeks last year).  The yield on the 10-year Treasury was up 5 basis points to 3.35%.

Oil rose for a 2nd day after the closure last week of the Trans Alaska Pipeline System threatened to curb supplies to refiners.  Of course, all the cold weather out there doesn't hurt.  Gold has returned to its winning ways after having a tough time this year.  Longer term, gold has risen for 10 consecutive years & is looking to extend that streak in 2011.  A link is provided below to learn more about gold.

Businesses at the wholesale level trimmed stockpiles in Nov for the first time in nearly a year, even though sales rose for a 5th consecutive month.  The Commerce Dept reported wholesale inventories dipped 0.2%, the first decline since Dec 2009. But sales rose 1.9% after a 2.6% surge in Oct, the largest monthly gain since Mar.  The Nov drop in inventories came as a surprise, analysts had expected another increase. However it will likely be viewed as a temporary setback & not the start of a trend in cutting back on stockpiles. Inventory rebuilding has been a major support to the economy over the past year.

Wholesale Inventories in U.S. Declined 0.2% in November as Sales Increased

Alcoa (AA), a Dow stock, reported a Q4 profit & projected a 12% rise in demand for aluminum in 2011, driven by aerospace & auto manufacturing. But the stock, which hit a 12-month high last week, dropped 29¢ to $16.20 on doubts that the company's bullish forecast was realistic. "Pretty much every one of our end markets is improving," said CEO Klaus Kleinfeld.  "We do not expect the substantial growth to come from the U.S. and Europe. We believe that those emerging economies will accelerate and there the driver pretty much is infrastructure building, and all the other end markets that we are seeing, from automotive to packaging to building and construction."  Kleinfeld said AA expects demand growth in the aerospace sector to increase 7% in 2011 & 5-11% in the auto industry.  The beverage can sector was likely to be flat to 2% higher this year, but AA sees commercial construction industry demand for aluminum increasing 2-3% as the building sector appears to be improving.  "When you look at the monthly contracts awarded and the construction starts ... it looks really like a bottoming out. It is not dropping further.  So it could well be, if you take an optimistic perspective, that we might be seeing the bottoming out of this market here in the U.S."  EPS in Q4 was 24¢ (21¢ excluding special items), below 27¢ last year.  Revenue rose 4% to $5.7B.  These comments give insights into what to expect from their client businesses. 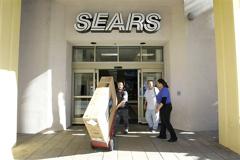 Even with doubts about  the optimistic forecast by AA, markets were encouraged by what they heard & are rising,  JPMorgan (JPM) & IBM (IBM) , 2 Dow stocks, report later this week.  The standout performance today is for MLPs, reaching a new record.  The yield on the index is below 6.2%, very low by historical standards.  Low yields for yield securities will be difficult to maintain.

Get your favorite symbols' Trend Analysis TODAY!
Click Here
Posted by Avi at 11:48 AM