Dow rose 71, advancers over decliners 5-2 & NAZ was up 20.  Today banks were not leading the charge although the Financial Index recovered & was able to barely go into the black.


The MLP index rose 3+ to the 367s.  Buyers have returned after the 15 point drop in the middle of last week.  The REIT index was up a fraction in the 225s, little changed since last May.  Junk bond funds were higher, some gaining 1%.  Treasuries advanced, taking the yield on the 10 year Treasury bond down 2 basis points to 3.40%.

Oil dropped for a 5th day after Saudi Arabia signaled OPEC may increase supply to meet growing demand in China & India.  There is word that hedge funds are unloading bullish bets on gold as a slide in prices sends the metal to its worst yearly start since 1997.  The long term picture remains bullish. 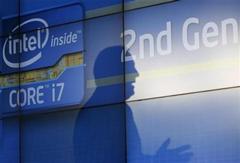 Intel (INTC), a Dow stock, raised its div 15% & authorized another $10B in its share buyback program after posting solid results earlier this month.  The new div is 18.12¢  (just over 72¢ annualized, giving a yield of 3.5%.   In addition  its share buyback program was increased by an additional $10B to $14.2B.  "Today's announcement signals confidence in our fundamental business strategies both today and looking forward,"  CEO Paul Otellini said. 2 weeks ago INTC posted better-than expected revenue & margins for Q4.  Its Shares of were up 23¢. 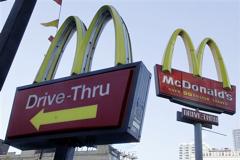 Sara Lee (SLE), packaged-food company, received a takeover bid from a private-equity group led by Apollo Global Management.  The company has been seen as a takeover target for months as it sold off non-food businesses & failed to name a permanent replacement for its former CEO who stepped down last summer to recover from a stroke.  SLE did not receive an expected offer from Brazilian beef processor JBS SA, the world's largest beef company, according to the report.  Reuters reported the bid on Sat, that Bain Capital & TPG Capital also were part of the Apollo bid. Preliminary bids on SLE were due on Fri.  This fall it sold its North American bread-making business to the Mexican baking giant Grupo Bimbo for $959M.  If there are no attractive takeover bids, SLE might split its food & beverage divisions into separate companies.  Shares of SLE have been climbing in recent weeks & are up 12¢ to $18.83 today.

Sara Lee Said to Get Apollo Bid Above Market Value

Merger Mon seems to be popular in the markets today.  The SLE probable buyout & INTC buying more shares are giving bullish signals to the markets.  MLPs are popular again after the big drop last week.  Earnings season is going well with a bunch of distribution increases (qtr over qtr).  FOMC has another meeting this week.  Low rates are expected too remain in place.  The major concern is when will rates start heading north following strength in the economy.  The FED could also indicate how long it plans to continue with the Q2 program.