Dos fell 39, decliners ahead of advancers 5-4 & NAZ was up 3.  After starting lower, bank stocks pushed into the black.

The MLP index slipped fractionally to below 360 & the REIT index sloshed around the 243s.  Junk bond funds were hit with selling but Treasuries were higher on the news out of DC.  Oil fell, headed for the first weekly decline in 5, on concern of a failure to reach a deal on raising the debt limit may cause the nation to default, threatening the economy.  Gold likes uncertainty in the financial markets & rose to new records.  Just a few months ago, $1400 was a target the bulls were hoping to reach.

GDP climbed at a 1.3% annual rate following a 0.4% gain in Q1, less than earlier estimated, according to the Commerce Dept.  Household purchases, about 70% of the economy, rose 0.1%.  Slower job & income gains raise the risk that a pickup in purchases during the remainder of 2011 will fail to materialize. The faltering economy may get another blow from spending cuts being negotiated in Congress. 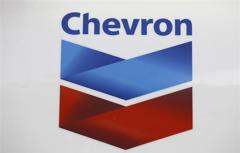 Chevron, a Dow stock, said profits jumped 43% in Q2 as higher oil & gasoline prices made up for a decline in oil production.  EPS was $3.85 up from $2.70.  Revenue increased 31% to $66.7B.  Analysts had expected EPS of $3.51.  The profit was the largest since it set a company record of $7.9B in Q3 of 2008, mirroring similar big gains for other major oil companies.  US oil prices increased 46% & 51% internationally in Q2.  Natural gas prices increased 8% in the US & 25% internationally.  These increases helped boost revenue despite a decline in production.  Production was 2.69M barrels per day, down from 2.75M last year.  The company ramped up oil & gas production from new projects in Canada & the US which was offset by a decline in output from mature fields & a slowdown in its intl production business.  The stock fell 36¢.

Newell Rubbermaid, maker of Rubbermaid plastic containers, Sharpie pens & other goods, Q2 profits climbed 13%, with strong performances in Latin America & the Asia Pacific region countering weakness in the US & Europe.  But it trimmed full-year adjusted earnings outlook because of the difficult economic conditions in the US & Europe as well as ongoing weakness in its baby & parenting segment.  EPS was 49¢, up from 41¢ last year.  Adjusted EPS fell to 46¢ from 51¢ due to increasing costs & higher selling, general & administrative spending (excluding restructuring charges & other items).  The performance missed 47¢ EPS forecasted.  Revenue rose 5% to $1.57B, slighlty below estimates of $1.59B.  NWL anticipates full-year adjusted EPS of $1.55-$1.62 per share, down from $1.60-$1.67.  The company also cut its 2011 core sales growth expectations to a range of 1-3% from a prior forecast of a 3-4% increase.  The stock rose 1.32 in what has been a tough year.

The economic indicators continue on the weak side.  GDP numbers were not encouraging.  But everybody is watching DC & nobody has any idea of what will happen.  My bet is they will raise the debt ceiling, but have to wait until the last minute.  However, the AAA debt rating is very much at risk NO MATTER WHAT HAPPENS.  This weekend will not be exciting & generate gossip, not news.  Next Tues we'll have a better understanding of what was decided. There is a lot at stake because a spike in interest rates could be a major blow to the economic recovery which is already sputtering.

Get your favorite symbols' Trend Analysis TODAY!
Click Here
Posted by Avi at 11:53 AM