Stocks have been under water all day with the fiasco going on in DC.  Dow fell 98, decliners over advancers a very big 6-1 & NAZ dropped 45 as Amazon surged on good earnings but Apple slumped after recent gains.  Bank stocks are leading the way lower, the Financial Index has not been able to have a meaningful increase off its lows..

Sagging stocks are taking down MLPs & REITs.  The MLP index dropped a very big 5 to the 361s while the REIT index fell almost 4 to the 246s (but only 6 below its 2011 highs).  Junk bond funds were lower & Treasuries were flattish on the confusion over increaing the debt ceiling.  Oil extended its losses after a gov report showed an unexpected increase in inventories.  Gold surged to an all-time high as investors sought to protect their wealth against the possibility of a US default.

The latest daily market update below: 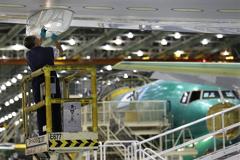 Businesses cut back on orders for aircraft, autos, heavy machinery & computers in Jun for the 2nd month in the past 3.  Orders for durable goods fell 2.1%, with the weakness led by a big drop in orders for commercial aircraft, according to the Commerce Dept. Other categories also showed weakness including autos & auto parts. A key category that tracks business investment plans fell 0.4% in Jun.  Manufacturing has been the stellar performer in the 2-year-old recovery but activity slowed in the spring, reflecting in part supply disruptions from Japan. Manufacturing was also hurt by the hit the overall economy took from higher energy prices which dampened consumer demand.  The latest drop was a disappointment for those who thought that the disruptions caused by the Japanese quake & the surge in energy prices were beginning to wane.  The decline pushed durable goods orders down to $192B (seasonally adjusted), but that's still 29.1% higher than the recession low hit 2 years ago & 21.6% below the high set in Dec 2007 when the recession began.  The recovery is sputtering & the hangover of the federal debt crisis is not helping matters. 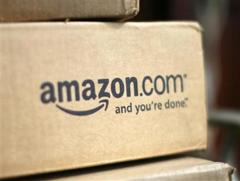 Amazon reported a jump in quarterly revenue on sales of its Kindle electronic reader & other electronics & forecast better-than-expected revenue for the Q3.  It benefited from growth in e-commerce, though margins continued to be pressured by heavy spending on distribution, technology & digital content.  Revenue rose 51% in Q2 to $9.9B, surpassing expectations for $9.4B.  The company forecast Q3 sales of $10.3-$11.1B, compared with the average forecast for $10.35B.  EPS was 41¢ versus 45¢ last year (beating expectations of 35¢).  The stock jumped $10.41.

Some are giving good grades for earnings reports, but they look more mixed to me.  In addition, the economy is not recovering as much as was forecasted at the start of the year.  Center stage remains in DC & nothing will be decided before next Mon, probably late at night.  This is a sloppy way to handle enormous amounts of spending.  Congress will throw money into the Treasury to avoid default, but the rating agencies may not like the way polliticos are dealing with this crisis (which should NOT be a crisis).

Get your favorite symbols' Trend Analysis TODAY!
Click Here
Posted by Avi at 11:45 AM