Dow dropped 91, decliners ahead of advancers 2-1 & NAZ was off 21.  Bank stocks are leading the way down as the Financial Index is flirting with 8 month lows.

The MLP index was flattish in the 363s but the REIT index fell 2+ to below 238.  Junk bond funds rose & Treasuries continued strong with the yield on the 10 year Treasury reaching another low since Nov.  Oil marked time but gold climbed to another record on concern that global economic growth may be slowing, boosting demand for the metal as a protection of wealth.

Americans cut back on their spending in Jun for the first time in nearly 2 years & incomes grew by the smallest amount in 9 months.  Consumer spending dropped 0.2% according to the Commerce Dept. Some of the decline was caused by declining food & energy prices, which had spiked in recent months. Excluding spending on those items, spending was still flat.  Incomes rose 0.1%, the weakest growth since Sep.  The savings rate rose to 5.4% of after-tax incomes, the highest level in a year.  The data highlighted that consumer spending weakened during Q2, which could mean the sluggish economy is worsening.  Employers have responded by reducing hiring.  The biggest drop in spending occurred in food & gasoline & spending on such non-durable goods fell 5.5%.  Forecasts for H2 are being trimmed. 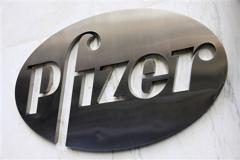 Pfizer, a Dow stock, Q2 profit rose 5%, from lower taxes & reduced restructuring charges related to its 2009 purchase of Wyeth offset by growing generic competition cutting into sales.  EPS was 33¢, up from 31¢ last year.  Excluding one-time items, EPS was 60¢, just ahead of 59¢ expectations.  Revenue totaled $17B, down 1% despite a 4% boost from favorable currency exchange rates.  Revenue was boosted another 2% by the addition King Pharmaceuticals which it bought in Mar.  Sales declined in all businesses except for the emerging markets segment, where they were up 7% (including the currency boost).   US sales fell 9% & generic competition reduced total sales $1½B (9%).  "Our performance this quarter was in-line with our expectations," said CEO Ian Read. "The fundamentals of our business remain strong. We will continue to invest in areas that will enhance our presence, expand the breadth of our portfolio and position our businesses to better capitalize on high-growth opportunities."  PFE maintained its 2011 profit forecast, for adjusted EPS of $2.16-$2.26, with revenue of $65.2-$67.2B.   Including one-time charges, PFE expects EPS of $1.09-$1.24.  The stock fell 46¢.

MillerCoors net income rose 2% in Q2, as it raised prices on beer drinkers while trimming expenses.  Net income rose 2% to $399M in Q2 from $391M last year.  Revenue, roughly fell slightly to $2.13M resulting from a weak economy & high gas prices cutting into customers' discretionary spending.  Sales of lower-end beers fell, but sales of higher-end craft beers including Blue Moon & Leinenkugel's rose, helped by seasonal summer brands. MillerCoors said that a new type of packaging, which is supposed to alert customers when beer is "super cold," also helped boost sales.  The stock fell 45¢ in what has been a drab year.

Earnings season is pretty much over & it did little for the markets.  The debt ceiling should be ratified in the Senate, another whopper sized problem cured with Scotch Tape.  A committee will solve bigger problems in the next few months, but that work won't begin until Congress gets back from holiday after Labor Day.  That's called, first things first!  Meanwhile the economy news is dreary.  Fri is the big monthly jobs reports & expectations are not good.  More dismal news this week will keep the selling pressure on the markets & the Dow chart below looks very bad over the last 8 days.