The MLP & REIT indices had whopper declines today, each down 7.  The Alerian MLP Index is only 5 above the critical 350 support level which has held in the last few months.  Junk bond funds are mixed to higher helped by demand for Treasuries.  Demand continues strong for Treasuries with the 10 year yield approaching 2½%.  Oil declined for a 4th day, its longest losing streak since May, on worries that a slowing US economy will curb fuel demand.  Gold climbed to another record on concern that the US economy is faltering & debt woes in US & Europe.

US service firms, which employ nearly 90% of the country's work force, experienced their weakest growth in 17 months in Jul.  The Institute for Supply Management said its index for services companies fell to 52.7, from 53.3 in Jun  (any reading above 50 indicates expansion).  The report confirms other data that show the economy is struggling 2 years after the recession ended.  Growth slowed to less than 1% in the first 6 months of this year.  The ISM's index covers a range of service industries, including health care, retail & financial services.  It reached a 5-year high of 59.7 in Feb, but has fallen since then. 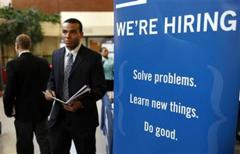 Private employers added more jobs than expected in Jul, but less than in Jun & planned layoffs rose to a 16-month high. US private employers added 114K jobs, topping' expectations, according to payroll processor ADP.  Expectations were for a gain of 100K jobs.  Private payrolls data for Jun was revised down to an increase of 145K from the previously reported 157K.  A separate report showed the number of planned layoffs at US firms rose to a 16-month high in Jul as sectors which had been seeing fairly few layoffs unexpectedly bled jobs.  Employers announced 66K planned job cuts last month, up 60% from 41K in Jun, according to Challenger, Gray & Christmas.  July's job cuts also were up from the same time last year ago, rising 59% & recorded the largest monthly total since Mar, 2010.  "What may be most worrisome about the July surge is that the heaviest layoffs occurred in industries that, until now, have enjoyed relatively low job-cut levels," John A. Challenger, CEO of Challenger, Gray & Christmas, said.  "A casual observer certainly might conclude that the wheels just fell off the recovery wagon," said Challenger.  For the first 7 months of the year, gov & nonprofit profit job cuts still account for the largest share of planned layoffs.  For 2011, employers have announced 312K cuts, down 8% from the first 7 months of 2010. 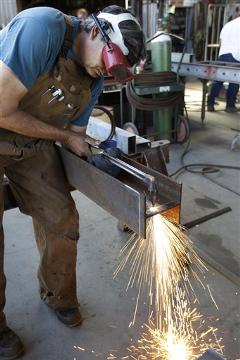 
The Commerce Dept said that orders to US factories fell 0.8% in Jun. However a key category that tracks business investment plans managed a small increase, offering a positive sign amid other gloomy reports on the economy.  High energy prices & supply disruptions caused by the Japan crisis have slowed manufacturing this spring.  Demand for factory goods fell to $440B, still 31% higher than the low point during the recession reached in Mar 2009.  Manufacturing had been one of the strongest areas of the economy but activity slowed this spring.  All signs show the economy is sputtering.


The dismal data comes ahead of the key jobs report on Fri which is expected to show the economy only gained 85K jobs, not enough to push the unemployment rate below its current 9.2%.  That figure had been above 200K earlier this year.  Looking forward, gov will be a negative influence on economic growth.  When Congress returns next month, it will have to approve a budget of $4T$ for the next fiscal year starting in Oct.  Can you spell "big fight?"  Negative vibes from DC are weighing on business execs which is being felt in the stock markets & the Dow chart below is not pretty!

Get your favorite symbols' Trend Analysis TODAY!
Click Here
Posted by Avi at 11:21 AM