The Alerian MLP Index gained 5+ to 348 (but still below the important 350 level) & the REIT index rose 5+ to the 224s.  Junk bond funds were up around 1%, good but not great & Treasuries fell with the strong stock market.  Oil rose for a 3rd day, climbing with equities on optimism that the economy will expand & a report that consumer spending gained in Jul.  As expected, gold fell, but it remains strong 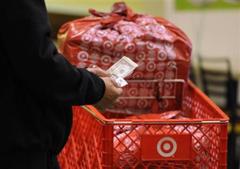 Consumer spending grew in Jul 0.8%, the largest amount in 5 months following a decline in Jun. Americans bought more cars & spent more last month to cool homes during a heat wave.  Personal incomes increased 0.3% according to the Commerce Dept, slightly higher than the modest 0.2% in Jun (the weakest growth in 7 months).  The spending report was considered a strong sign that the economy rebounded after growing at an annual rate of just 0.7% in H1 (the slowest pace since the recession ended 2 years).  Growth  in spending for Q3 is considered to be on track for an annual rate of 2.5%, up from his previous estimate of 1.5%.  Of course,spending was measured ahead of a sell-off in stocks in Aug ( the weekend storm in the northeast). The increase was led by a 1.9% jump in purchases of durable goods, products such as autos & appliances that are expected to last at least 3 years. Spending on non-durable goods rose 0.7%.  The purchase of services rose 0.7%, largely because of a jump in electricity use to keep air conditioners running.

Consumer Spending in U.S. Climbs More Than Forecast on Purchases of Autos

The number of contracts to purchase previously owned homes fell in Jul, the first time in 3 months, lower prices & borrowing costs aren’t luring in buyers.  The 1.3% decrease in the index of pending home sales followed a 2.4% gain the previous month according to the National Association of Realtors. High unemployment & the prospect of more foreclosures in the pipeline indicates it may take years to clear the oversupply of houses.  Just one more sign that hosing troubles will persist. 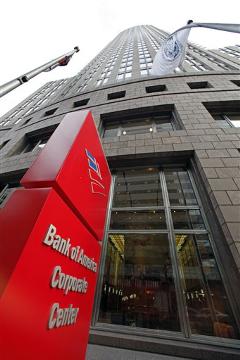 Bank of America, a Dow stock, is selling half of its stake in China Construction Bank to raise cash & shore up its capital base.  The largest US bank will sell 13B shares for $8.3B to a group of investors not identified. The sale is expected to generate a gain of $3.3B.  After the sale, BAC will own about 5% of China Construction Bank.  Finance Chief Bruce Thompson said the bank raised about $5.8B in Aug on top of cash & cash-equivalent securities of $402B at the end of Q2.  The stock is up 39¢ & has gained over $2 from last week.

BofA Sells Half of Its China Construction Stake

Markets are in a strong rally mode.  Banks are leading the way, everything is breaking right for them.  The consumer spending data was encouraging, but the stock sell-off in Aug may take some steam out of the Aug numbers.  In addition, Irene shut down many retailers for the weekend.  Even the big national chains will feel its effect.  Sep begins on Thurs, the important jobs report is coming on Fri.