Markets recover much of yesterday's losses

Stocks sank after the FOMC announcement but exploded higher afterwards.  Dow rose 429 (recovering much of yesterday's loss & closing at its high), advancers over decliners 7-1 ( a more tepid reading than yesterday) & NAZ was up an exceptional 124.  Bank stocks (& tech) led the way higher in the last hour, giving the Financial Index one of its best gains in history.

The Alerian MLP Index had an enormous gain today, good enough to wipe out yesterday's record breaking loss & then some.  The REIT index added 18 to the 213s & junk bond funds were typically up 5%, a huge gain for them.  Treasuries had another rally, dropping the yield on the 10 year Treasury to its lowest levels since the record lows in the 2008 financial crisis.  Oil tumbled to the lowest level since Sep after the Federal Reserve said risks to the economic outlook have increased & didn’t announce new stimulus measures.  Gold keeps flying to new records, shown in the charts below:


The Federal Reserve (FED) pledged to keep its benchmark interest rate at a record low at least thru mid-2013 in a bid to revive the flagging recovery after a worldwide stock rout.  The FOMC said it is “prepared to employ these tools as appropriate.”  3 members dissented, preferring to maintain the pledge to keep rates low for an “extended period.”  This is the biggest effort since Nov to spark the US economy & revive confidence while stopping short of initiating a QE3.  Ben Bernanke acted after reports showed the economy was slowing & an unprecedented downgrade to the US credit rating sent stocks tumbling around the world.  The FED offered a dimmer view of the economy than it did last June. The FED said “Economic growth so far this year has been considerably slower than the committee had expected.” & continued that it expects a “somewhat slower pace of recovery over coming quarters,” adding that “downside risks to the economic outlook have increased.”  The FED left its target for the federal funds rate unchanged, where it’s been since Dec 2008, & said it will maintain its policy of reinvesting maturing securities without saying for how long.  The markets sank after the meeting but then came roaring back in the last hour.
Fed to Keep Rates at Record Lows at Least Through Mid-2013 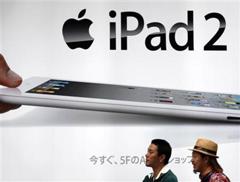 
Apple briefly edged past Exxon Mobil, a Dow stock & Dividend Aristocrat, to become the most valuable company in the US.  The market value for AAPL rose to $341.5B, just above the market cap for XOM at $341.4B, even though big oil's revenue is 4 times that of AAPL.  But XOM quickly regained #1 spot as its shares rose & AAPL shed some of its gains.  The market cap of XOM has slipped $60B in the last 5 weeks due to volatile crude oil prices.  XOM was up 1.45 today & APPL shot up 21.19.  They will have to compare the 2 market caps again tomorrow.
Apple Passes Exxon to Become Most Valuable Company

The finance minister of Greece urged European officials to hurry up implementing decisions to strengthen the bailout fund.  Evangelos Venizelos said it's important to "quickly and fully implement" decisions on the European Financial Stability Fund's new role, taken at last month's EU summit that approved Greece's new €109B ($155B) bailout deal.  The Brussels summit in Jul agreed to give the EFSF powers to buy bonds on the secondary market, & intervene in countries before they are in full-blown crisis mode.  The fund is set to grow to €440B ($628B) after its expansion is approved by national govs, most of which are waiting until the end of the summer vacation season.  There is more turmoil with European sovereign debts.
Greece urges action to boost EU bailout fund AP

This was another one of those wild days in the stock markets.  The VIX, volatility index, dropped an eye popping 13 to 35, after reaching highs not seen since the scary days of early 2009.  It's difficult to make much sense of markets with these kind of swings, largely based on gut reactions.  This volatility is unnerving & not favorable going forward.  In these are nervous times with gold reaching new records & Treasuries (after being declared somewhat damaged) offering record or near record low yields, there is a lot of frightened money out there not buying stocks.  Many investors have just gone thru a traumatic experience with their investments, not sure how that will influence markets.  Hang on for more unexplained swings this week & month.

Find out what's inside Trend TV
Click Here
Posted by Avi at 4:49 PM