Stocks rallied after Ben Bernanke said the US is on track for long-term economic growth, but trading volume was light,  Dow was up 134, advancers over decliners 4-1 & NAZ shot up 60.  Banks had a more mild rally & the chart for the Financial Index still looks dismal.

The MLP index had another good day, but is learning to live below 250 which had been a critical support level.  The REIT index was up 3+ to 219.  Junk bond funds were up over 1% & Treasuries were higher.  Oil did little, trying to assess how the Libyan situation will affect supplies, not to mention possible disruptions in the northeast with the storm hitting over the weekend.  Gold rose for a 2nd straight day after Bernanke offered no plan to provide further stimulus for the economy. 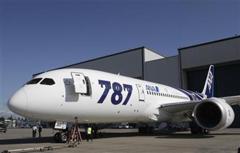 Boeing, a Dow stock, finally got the green light from the US gov to enter its 787 Dreamliner into commercial service.  The first delivery will be  next month to Japan's All Nippon Airways.  The Dreamliner, which promises to raise the bar for fuel efficiency & passenger comfort, is about 3 years behind schedule & several $B over budget.  BA has 827 orders for the $185M plane.  Its airframe is made largely of light-weight carbon composites that help lower fuel costs. The composites also allow various improvements for passengers such as more comfortable cabin air pressure & bigger windows.  BA expects a production rate of ten 787s per month by the end of 2013. However kinks in the supply chain have caused several delays.  The stock was up 1.70 (3%). 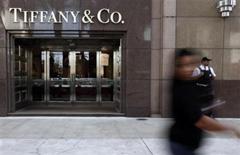 Tiffany raised its full-year profit outlook as more shoppers worldwide bought its jewelry during the bridal season, helping it overcome rising gold & diamond costs.  Sales gains were strong across the board in Q2, a period that includes the Mother's Day & bridal seasons, which are 2nd in sales only to the end-of-year holidays for jewelers.  CEO Stephen Kowalski said that sales so far in Q3 are outpacing Tiffany's own forecasts despite continuing economic uncertainty.  TIF expects sales to rise by a high teen percentage for the year ending in late Jan, up from a previous forecast of a mid-teen percentage increase.  At the flagship store in Manhattan's, where it gets about a tenth of its business, sales rose 41%, helped by intl tourists.  In Asia, outside of Japan, revenue rose 45% excluding the effect of a weak dollar, thanks to the appetite of China's emerging middle class for Western luxury brands.  Sales also rose by double digits in Europe, where wealthy Russian & Chinese tourists account for as much as a quarter of total luxury spending.  Sales rebounded in Japan, which is still recovering from the earthquake in Mar.  Overall, sales, excluding the effect of currency translations, rose 24% to $872M in Q2, while sales at stores open at least one year rose an impressive 22%.  Gross margins rose 1.2 percentage points to 59%, enough to absorb higher costs for gold, diamonds & silver.  Excluding one-time items, such as the cost of relocating its NY staff to new offices, EPS was 86¢, far above the 70¢ forecasted.  Full-year profit outlook was raised 20¢ for EPS to $3.65-$3.75, above the $3.56 analysts were expecting. The stock rose $5.90 (9%) as its customers are immune to problems in the rest of the world.

Stocks rallied as Ben indicated the economy isn’t deteriorating fast enough to warrant any immediate stimulus.  But it's hard to make too much of the thinking with light volume.  The biggest news is about what damage the storm will do to NYSE & stocks.  Next week should continue light, assuming no major news developments on European debts (where they are working hard to patch holes), etc.  Dow rose 450 this week, good but it's still down 900 in Aug.  Next comes Sep, the toughest of the year for markets, when the politicos return from holiday & try to fix the massive gov deficits.  Gold remains strong, a troubling sign for further stock market advances.

Nice blog..I am looking forward to read your next great article.